In 1988, the Canadian Authorities at the Vimy Ridge Memorial Site, France, called on the British Government for assistance in investigating what they believed might be a large cache of black powder situated sixty feet below the surface of the park and quite close to the public areas. Accompanied by a team of volunteers, Lt Col Phillip Robinson – a British Army Royal Engineer, made a detailed investigation of the “La Folie” tunnel system and confirmed that the black powder was in fact, an abandoned mine charge, left over from the First World War. The DURAND mine, (the tunnel leading to it had been constructed by French Tunnelling Engineers) constituted about 6,000 lbs of the high explosive ammonal. Subsequent tests, however, revealed the powder to be highly degraded and incapable of detonation.

Further analysis of the DURAND mine in February 1998 concluded that, far from inert, the explosive ammonal under the top layers of the charge was still in perfect working order and that the instability of the primers and detonators posed a very real risk to the general public on the Surface. This mine charge was subsequently made safe, as too was another, smaller mine – a CAMOUFLET designed to blow an enemy tunnel – further south within the “La Folie” system. It is not thought that any further charges – of British origin – exist within the Memorial Site boundary.

In August 1998 tragedy struck. Whilst trying to gain entrance to an incline into “O” Sector – a mining system to the south of “La Folie” – Lt Col Mike Watkins was killed when a section of clay sheared off. 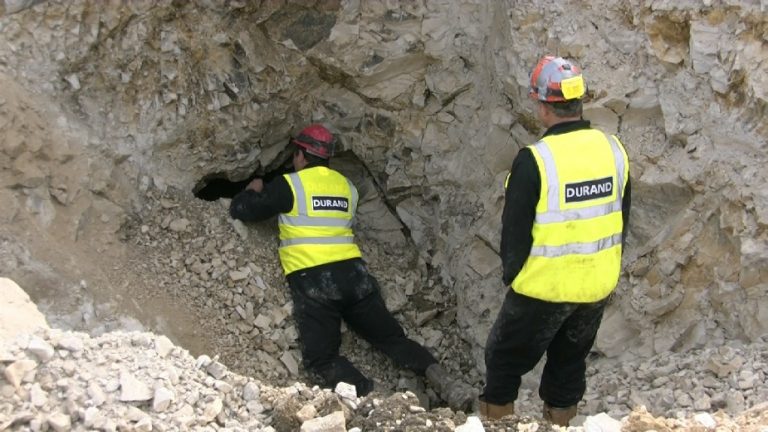 In 1996, Lt Col Robinson returned to Vimy after further investigation had indicated another, much larger charge still lying dormant under the ridge. The BROADMARSH – so called because it sits under an area of the same name – was estimated to be 20,000 lbs and lying uncomfortably close to a busy road junction within a part of the Memorial site that sees many thousands of cars, coaches and pedestrians passing over it each year.

The Canadian Authorities, mindful of their duty of care to those visiting the site, agreed to an Investigation. In October 1997, having assembled a team of specialist civilian and military personnel for the operation, Lt Col Robinson returned to Vimy Ridge and successfully excavated the BROADMARSH mine. In 1998, inspired by ethos of the tunnellers and the achievements at Vimy, team member Lt Col Mike Watkins proposed a continuation of the work and those present would form the nucleus of what is now The Durand Group. 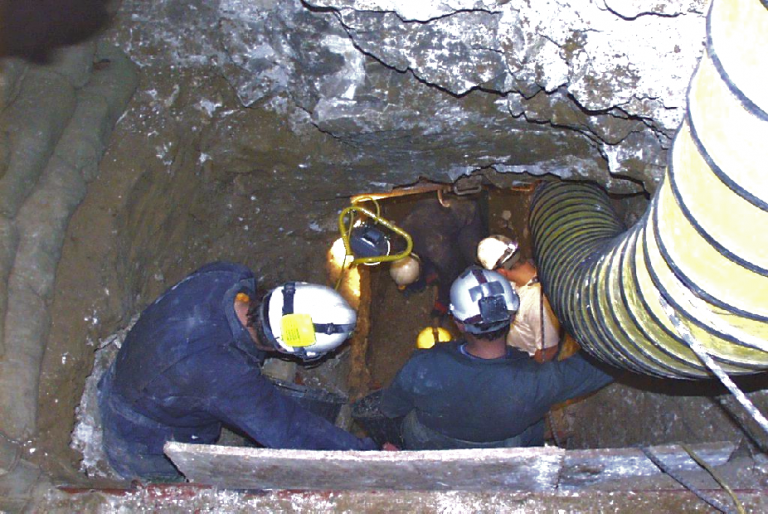 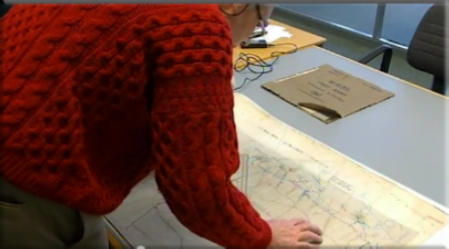 The foundation for the success of The Durand Group lies in extensive prior research of the historical records available. Detailed examination of archives in the United Kingdom, France, Belgium, Germany, Canada and elsewhere is a continuous process. War Diaries, Staff and Intelligence Reports and Mining Records all provide invaluable information as do Trench and Mining Maps. Service Records and historical and other Publications are also of great assistance. Written records are further bolstered by contemporary photography of the period, especially air photographs.

Survey and mapping are core skills of the Group. The need to accurately record and map both surface and sub-surface battlefield features is paramount to the interpretive process.

Digital terrain mapping enables the Group to assess what is going on beneath the surface by studying the subtle changes in surface topography, without the need for invasive excavation. Techniques ranging from GPS fixes to simple chain and graphic survey are used to correlate battle

field features and records to modern plans and maps. 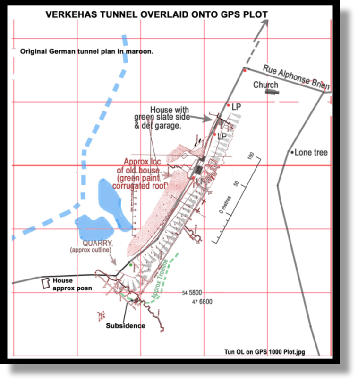 The historical and archaeological resource represented by military subterranean features is unique. Investigation is necessary in order to understand fully the historical record. The Durand Group has been required to develop specialist skills to investigate and adequately record these features. The Group has gained extensive experience with subterranean investigative projects at Vimy Ridge, Beaumont Hamel, Serre and the Loos Salient in France on behalf of local and national authorities Including regional archaeological authorities.

The Durand Group has taken a leading role in developing excavation techniques on and below the First World War battlefields, with particular regard to long term conservation needs and the integrity of the archaeological fabric. We work closely in association with regional and local archaeological departments, conforming with current regulations and planned development of the archaeological record. Group members have also been active with heritage and conservation projects contributing substantially to studies in this field.

During subterranean investigations we have discovered a plethora of graffiti and other First and Second World War carvings, pictures and writing on the chalk walls of the tunnel systems. Varied in its artistic merit this graffiti nevertheless provides a very human and personal insight into the lives of the soldiers who built, passed through and, in some instances, fought and died in the subterranean workings. This evidence is invaluable to understanding the historical record. The Group is systematically photographing and recording this evidence. Work is being undertaken to find the best way of preserving the graffiti for future generations.